My short story “Avocation” appears in the new all-Ohio horror anthology That Which Cannot Be Undone from Cracked Skull Press. The book was edited by Jess Landry and also features stories by Gary A. Braunbeck, Tim Waggoner, Gwendolyn Kiste, Kealan Patrick Burke, and Megan Hart. The anthology was originally launched on Kickstarter but is available through most online booksellers. 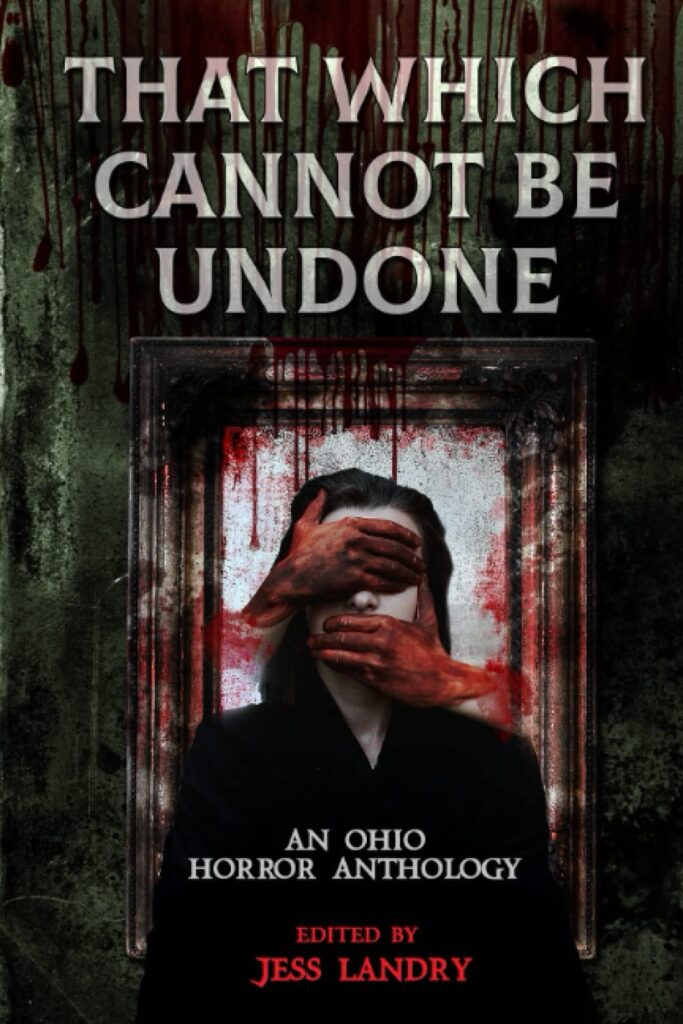 Beneath Ohio’s congenial midwestern facade lies a dark underbelly of urban legends, cursed sites, and unseen terrors. From a woman drawn to an underwater town haunted by its last resident to a killer desperately seeking to experience new life through the teeth of his victims, these eighteen stories all take place in the Buckeye State, some drawn from already-known accounts of strangeness and infamous settings, others completely the author’s invention.

“I have been a longtime reader and friend of many of the writers gathered to tell horror stories in this book, but never had it struck me before: what a collection of dark talent we have in Ohio! Don’t be fooled by their gentle midwestern charms — this book shows just how dark it is inside their skulls, and just how imaginative these macabre minds can be! This title rivals any horror anthology you might have read before, and — kind of like when you’re binge watching episodes of The Twilight Zone — I bet you won’t be able to stop gobbling every story up. These tales of twisted fate, dark destiny and cunning consequence are page turners, written by superstars in the horror genre, and they are all so very good.”
—Michael Arnzen, Bram Stoker Award®-winning author of Grave Markings and Play Dead

“Who knew Ohio was so ominous! With desolate roads, abandoned buildings, beguiling pastures, submerged towns, and even haunted drains, it’s little wonder the state is home to some of horror’s most macabre storytellers. Conjured from such strange and fertile imaginations, and curated by the mistress of darkness, Jess Landry, That Which Cannot Be Undone, is a frightening addition to the folk horror genre and your perfect late-night treat.”
—Lee Murray, four-time Bram Stoker Award®-winner and author of Grotesque: Monster Stories