THIS IS NOT OUR FUTURE.

This anthology features dystopian views of the future, for America and/or the entire world, should its political situation continue in the direction it’s been going. Many of us have publicly stated that the reality we’re currently living within is scarier and more surreal than anything any of us have ever dreamt up, so this anthology provided the chance to take that ball and run with it.

All proceeds from The Dystopian States of America will be donated to the American Civil Liberties Union Foundation. It is a 501(c) (3) nonprofit corporation; donations to it fund the ACLU’s litigation and public education efforts. As such, all contributing authors have donated their work to this anthology without payment. 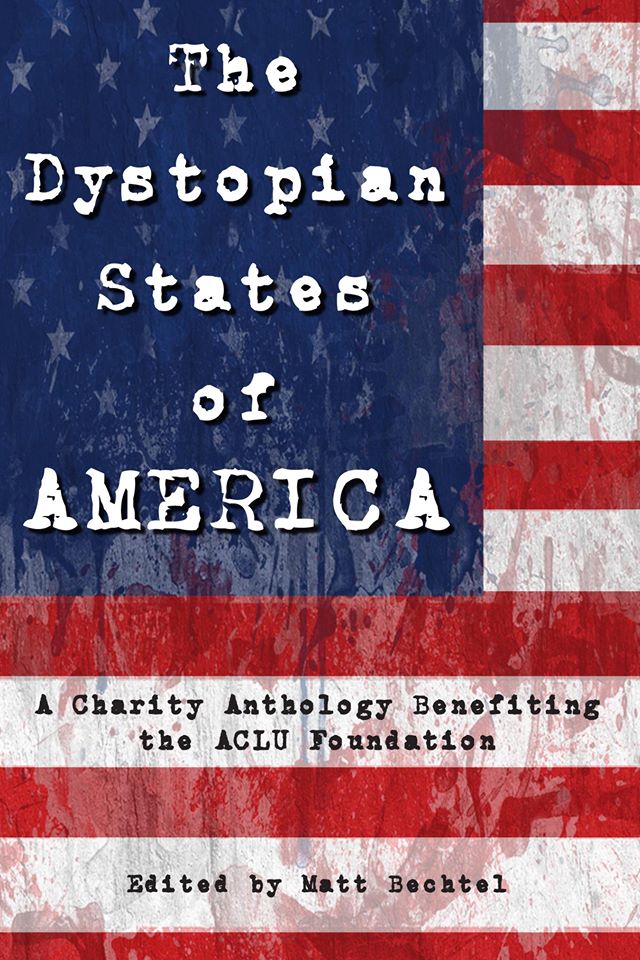